It’s been a long time since my last update, and I apologize.

Since I have moved my blogging activities to my facebook page, (https://www.facebook.com/Animenz), this blog has become more and more forgotten, and now, it’s almost dead.

It’s not because I didn’t quit Anime or anything like that, it’s because I realized that maintaining a blog is too time consuming and updating a facebook page is a lot faster than writing a blog entry.

So starting today, I will only keep my blog as an archive of my transcriptions and I will only update my blog if I uploaded a new video on youtube  – and I will continue doing my  yearly Anime review postst of course, it has become some sort of tradition.

Also, I decided to replace all the sheet download links in my youtube description with the sheethost.com links, meaning, you will no longer be redirected from youtube to my blog anymore, if you want to download the sheets. (I think this is more convenient for the most people)

Well, this is some sort of an official goodbye to my blog then, and at this point, I want to thank my readers for visiting my blog over the years.
I really appreciate every comment you made and giving me feedback back then.

Nevertheless, I still made a  first impressions of Spring Anime season 2013 – an abridged version: (Judging only by first episode) 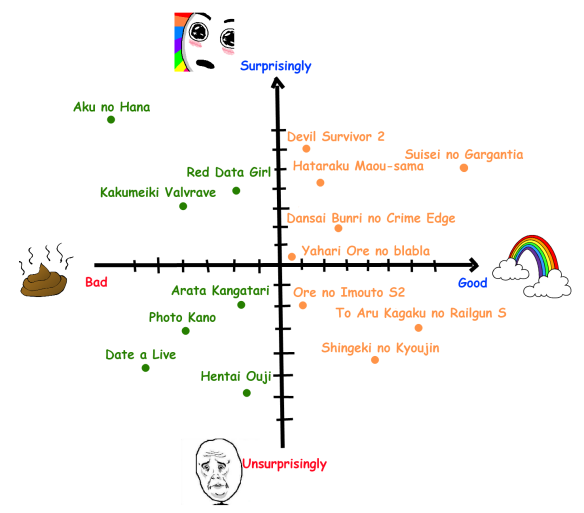 This season is definitely one of the better anime season, and currently I am almost following 12 shows, and my personal top three series of this season are Suisei no Gargantia, Railgun S, and Shingeki no Kyoujin.

The anime who caused the biggest shitstorm ever was probably Aku no Hana with the questionable rotoscoped animation and, well… let the pictures speak now.

Last but not least: the three transcriptions I made in the last two months: 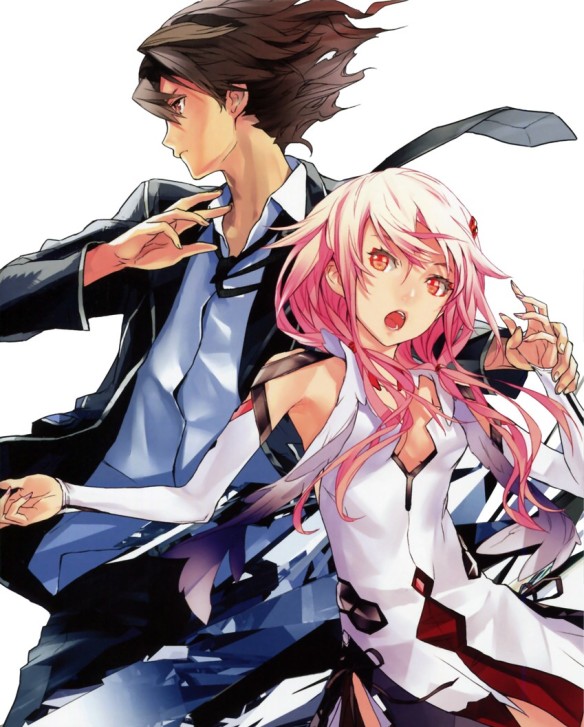 After finishing My Dearest, I decided to create the first ANIME PIANO SONATA in the world:

Like a real classical sonata, it consists of three movements, fast – slow – fast, and these three fits the requirement perfectly (and they are in the same key too!)
This is probably one of the scariest coincidences I’ve ever seen, since I rarely do full ver. transcriptions, but it happens to be the three Guilty Crown pieces.

AKB0048 NEXT STAGE was awesome. I seriously hope they will be an AKB0048 FINAL STAGE movie or something like that. And the final episode was probably the most exciting episode I’ve watched for a long time. Ah.. good times… I miss this series so much…

Since this series just began airing a few weeks ago, I can’t say much about it except it has glorious production values and Mikasa kicks ass.

Friendly reminder this transcription is not done by me, but by my good friend castlevaniapro93 (who also transcribed the ED of AKB0048 I played on youtube), I only edited some parts of the sheet to give it a final touch.

Well, that would wrap the things up.

The Ask me everything page will not longer be supported.

Please post all your question on the fanpage, I’ll answer them more effectively.
Thanks.

This does not mean this blog is not active anymore, I’ll still update all my new sheets and videos on this blog primarily and the “first impressions” post for the fall season 2012 is coming soon.

Btw, I added a new page, a new how to transcribe page.

It’s basically the copy of the Esoragoto OP post, I thought it might be helpful for the people to use this page as a template.

Thank you for your attention.