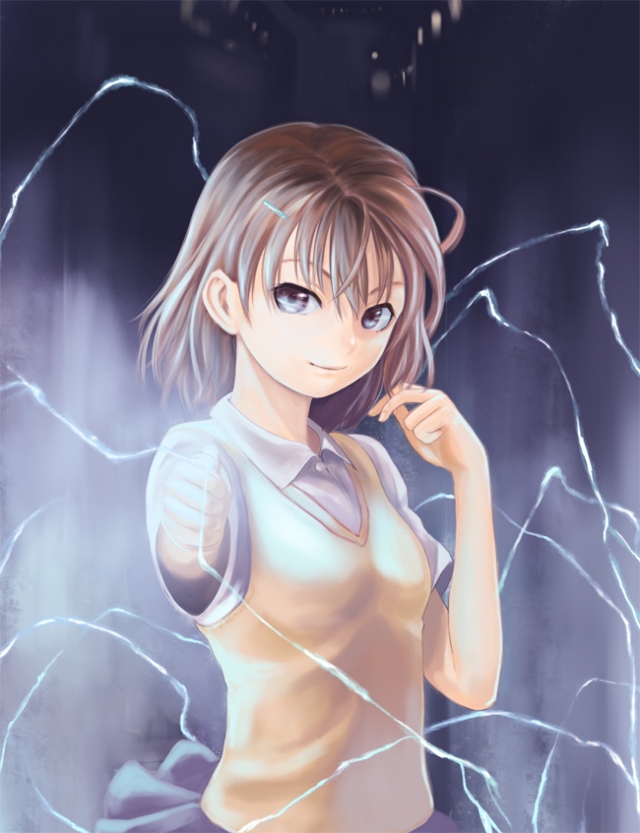 Hello there, everyone!
Sorry for going MIA so suddenly, but I wasn’t feeling well lately and I lack any motivation so I couldn’t finish any transcriptions.

Therefore I decided to (finally) upload a video of my very first anime transcription:

Looking back at my very first sheet I published, I am quite surprised how much my  transcibing technique have changed.

I think TehIshter ‘s comment best sums up my progression:

Interesting to see the progress in your transcription style. Back then was more MIDI-like and constricted to the middle of the keyboard, whereas now you take advantage of all the 88 keys of the piano.

Here’s a side to side comparison of the Only my Railgun transcription – the 2009 and the current version: (Strictly speaking, I re-created the sheet from the scratch again because I lost the original sibelius file, so I ccouldn’t edit the old Railgun sheet anymore)

I just noticed I also improved the note spacing

Well then, see you next season! 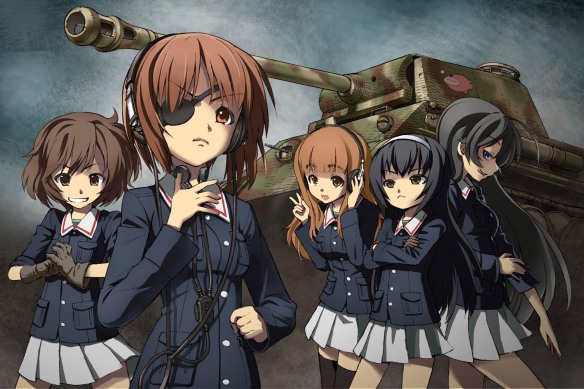 Did I mention that Girls und Panzer is still the best show of the fall season 2012? 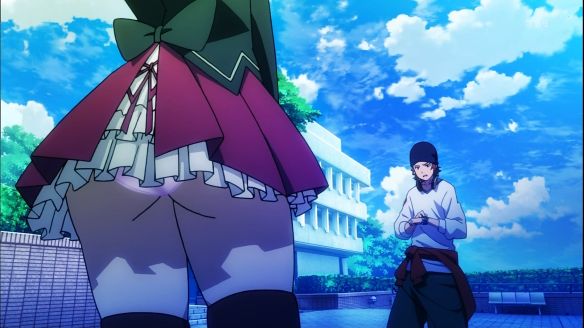 kthxbye have a nice day. 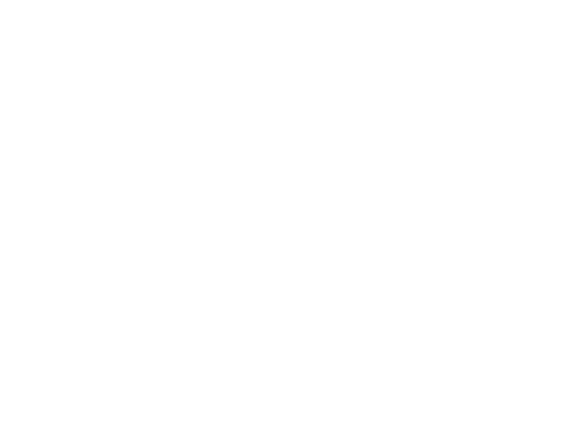 I’ve never watched an anime with a more pathetic story. The story line feels like the creators decided to pull all their favorite aspects out of all the anime they’ve ever liked and put it into one. There is a weak reference to “deep” connections between these 7 gangs in the anime, but this story is following the main character, Shiro and his cat that turns into a sexy girl randomly. The blue gang is a vigilante police group and one of the members, Kuro, believes that Shiro committed a murder based on this shady cell phone video of Shiro or someone who appears to look like him, committing the crime, and Kuro decides to follow Shiro around at school and become a “transfer student” and cook for Shiro and his cat like he has no real duties. The story line is absolutely horrid and there is nothing great about it.

The anime contains the most beautiful art I’ve seen in a lot of anime, but that is the only thing going for it. I am continuing this anime based on the art alone.

Just like the story line, the characters are pathetic. They are not unique in any way and there is no character depth at all. I feel no emotions or sympathy for any of them. The main character, Shiro, seems to be this aloof high school kid who appears to have some dark side or schizophrenic tendency, but also doesn’t seem to have much care. The cat/girl turns into a human randomly, she has two different colored eyes, and does “cute” things. The red gang seems to be a collection of “tough, cool guys” plus some strange gothic lolita girl. There hasn’t been much on the red gang yet for me to make inferences on them. The vigilante police blue gang includes Kuro, the guy who carries around swords and follows around the main character while the main character tries to prove his innocence. He’s boring and one dimensional, and he carries around a weird briefcase filled with cooking utensils (seriously, wtf). There is a woman in the blue gang, who is dressed in this outfit where her butt hangs out but apparently works in this professional setting.

I just watched episode 5 and I am fed up with this series. Still no PLOT, character are acting stupid as hell, so many unneccessary scenes, I feel like I am only wasting my time with this series. F*ck you, GoHands for ruining a potentially awesome series and throwing precious money out of the window because you wasted so much beautiful animation for this miserable effort of a “revolutionary original” anime, which tries too hard to be cool and ultimatively fail in story telling and creating compelling characters. 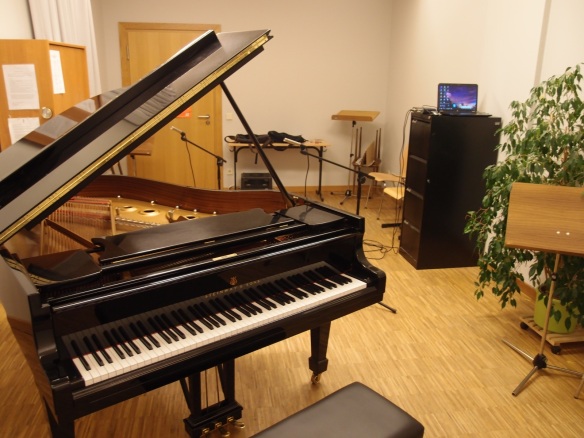 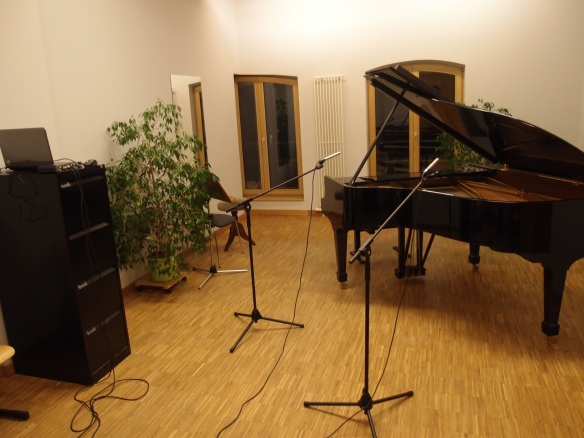 [Performer] Animenz (this is my actual Facebook photo btw)

Yeah, I know, I said there will be more updates for the summer season and I still haven’t uploaded a sheet yet.

there is a reason for that: 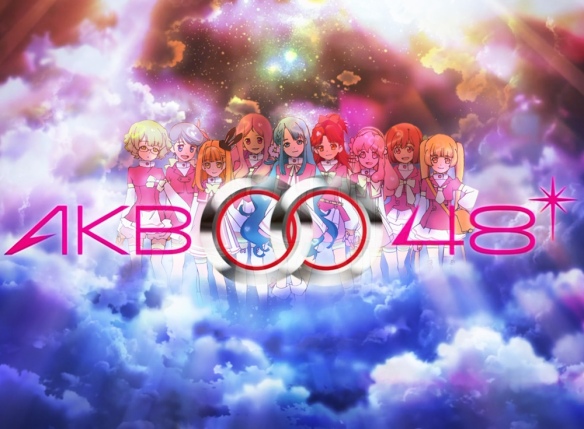 I finally found it.

After all these years.

Ladies and gentleman: Let me present you, AKB0048, the first anime since years who made it into my top 5 anime list!!! 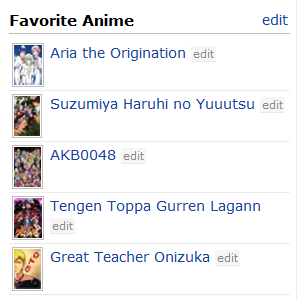 Now, many of you will probably ask yourself: “What, AKB0048? Never heard of it, and besides, it’s not even popular”

Yeah, I know. I was also very sceptical about AKB0048, which purpose is basically promoting the real life idol group AKB48.

I mean, the basic setting is: entertainment is entirely forbidden in the whole galaxy and some space idols are going to give guerilla concerts on the planets and fight the no-fun-allowed-police with some silly mechs and micsabers? (yes, you heard it right, micsabers). Seriously? 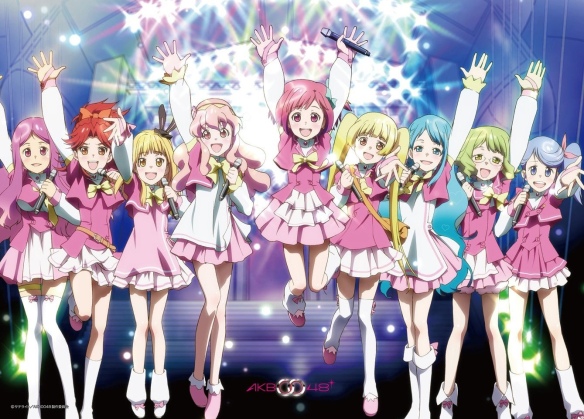 I cannot say enough good things about AKB0048, because it was just that good.

I never have fanboy’d that hard for a series before. I rewatched every episode at least twice, I have collected every fanart available on the internet about AKB0048, I have told everyone of my (otaku) friends, they should watch AKB0048. Takamina is my favorite character btw.

Hell, it even converted me to a AKB48 fan, despite the fact, that I have nothing to do with the idol business in japan before. I have downloaded every single of them now, and I even watch those silly AKBingo videos – and I am enjoying every minute of it.

I watched AKB0048 together with Castlevaniapro93, and he even made an awesome fan musicvideo.

I still can’t believe how much I liked this series in the end. Even I can’t fully explain why AKB0048 was so enjoyable, so much fun to watch.

I cannot put into words what I experienced.

But one thing I’m for sure about.

And I will never forget the fun I had while watching AKB0048.

Thank you Kawamori and Satelight for delivering this epic Space Opera Action series!

Because this is a show, I will remember (and cherish) for years.

And the best thing of all is: 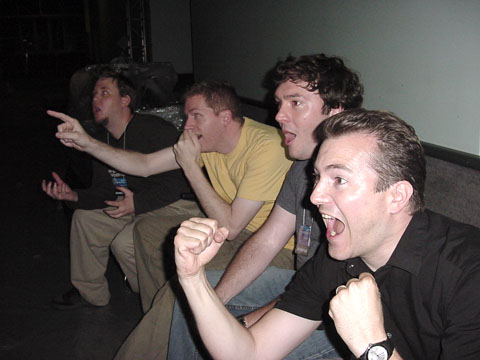 Oh yeah, since AKB0048 last episode aired a few days ago, I can finally concentrate on making some sheets again. So expect an update in the weekend. 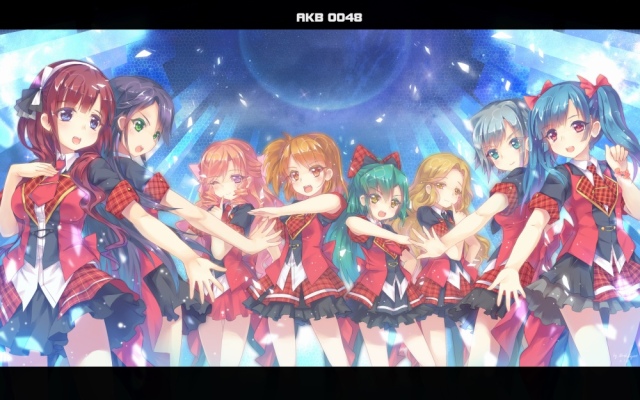 So why the hell are you even reading this now, when you should have been watching the first episode of AKB0048 already?

Seriously, go and watch AKB0048. You don’t know how much fun you are missing out, if you neglect this awesome series. Go and watch it – NOW ^_^ 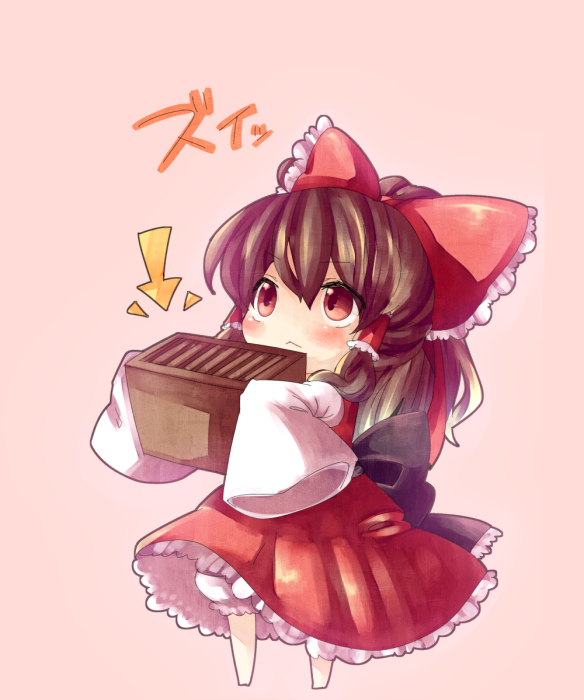 Every time I read comments like “it would be awesome if I can hear you live, so I don’t have to deal with the bad audio quality in your video” or “dude, ur mic is a shit but nice skillz XD” I feel so powerless and helpless.

Because I desperately want to have a better audio recording too! I mean, it verges on the ridiculous if I record a Steinway grand piano with a tiny ZOOM H2 Handy recorder (which is smaller than an iphone)

You can’t imagine how amazing the Steinway sounds if you would listen to it live. But without a professional or at least a reasonably decent recording device, it’s just impossible.

This is why I am asking you fellow readers:

If you have any spare money left

want to support my transcriptions and my Youtube channel,

please donate, so I can enhance the audio experience on my Youtube channel in the future.

I really appreciate your support. Every cent helps. Really.

(assuming every 11.100 subscriber of my channel would even donate miserly 10 pennies, I could get the best microphone possible, including an usb audio interface.)

When I’ve finally gained enough donation to afford a good microphone, I will love you forever, every single one of you, who have donated. Seriously. ;_;

And when the time has come, I’ll rerecord everything I’ve transcribed so far and will upload a music album especially for you to download. 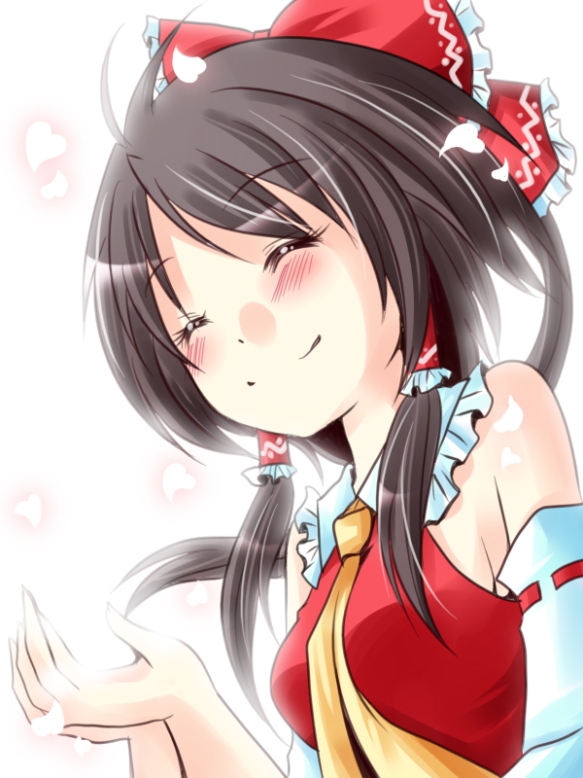 Reimu also approves of this donation. 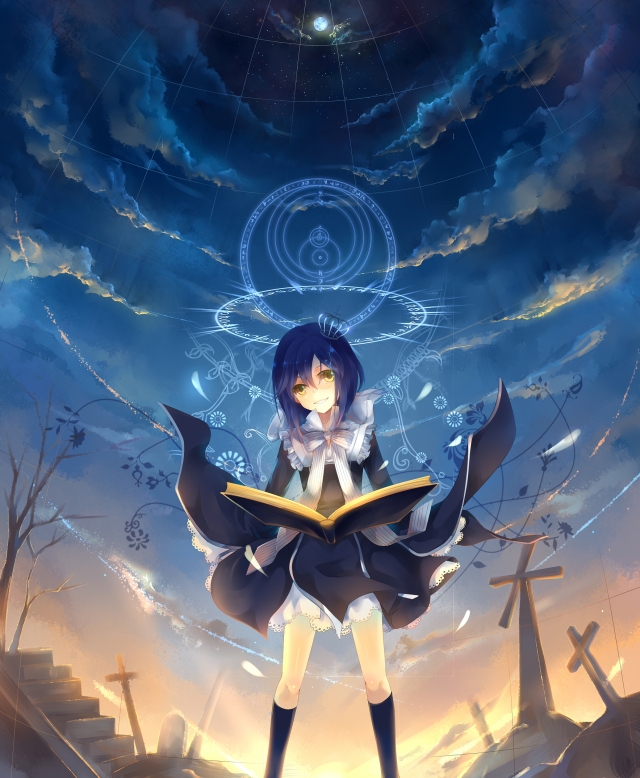 Don’t worry, I’m not closing my blog or anything, I just wanted to inform you that I have been featured in an interview with SUTORAIKU, a Japanese pop culture online community. It’s definitely worth a read for some of you, especially if you want to learn more about the history behind my passion for anime and piano covers.

Here is the the link to the interview.

Well, that’s all I wanted to say.

I’ll update my blog again as soon as the summer anime season begins!

I have just noticed something, when I have watched the latest Eureka seven AO episode… 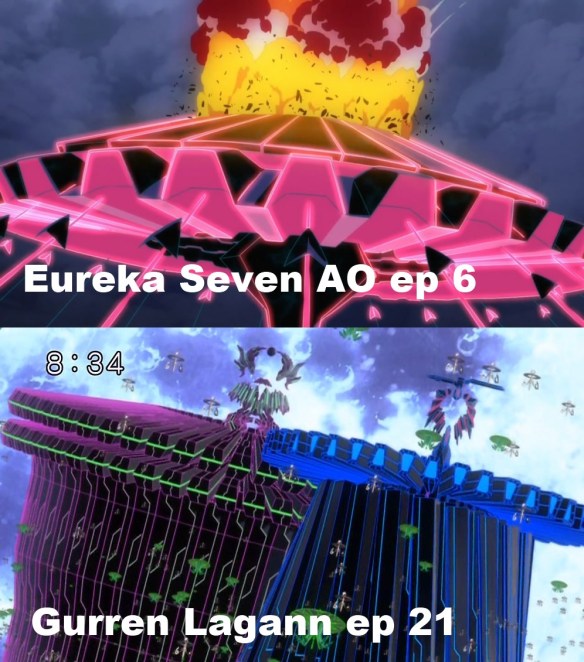 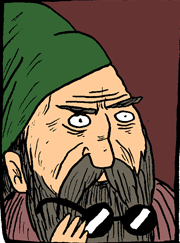