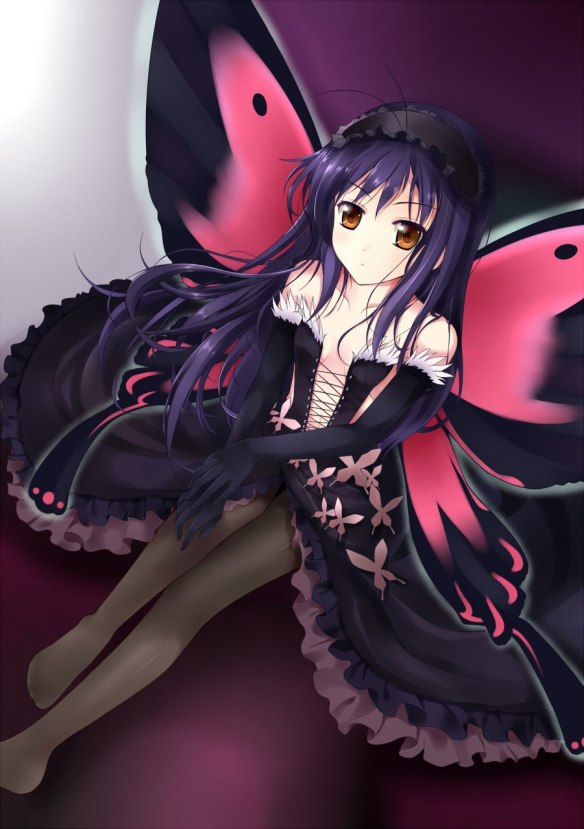 I was a very busy last week, and because of that I couldn’t finish any sheets. (three in progress)

But at last, I have completed one sheet today: The Accel World ending unfinished.

This transcription is significantly more difficult than the previous two sheets I made for the spring season, because of the really fast notes in the latter half of the sheet. Maybe I’ll make a simplified version later…

Well, that’s it for today. 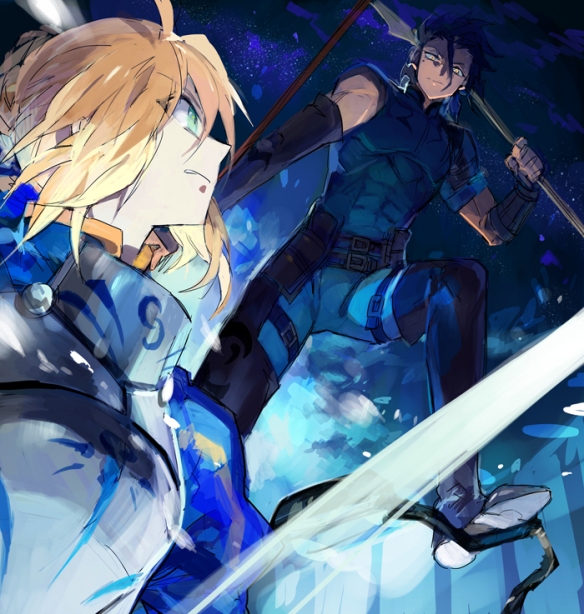 I’ve finished this transcription a long time ago but I was never satisfied with it (compared with my Euterpe or Mirai Nikki transcription) but yesterday I received a message on Youtube from a guy, and he asked whether I’ll make a sheet for “Oath Sign”, the OP of Fate/Zero.

This is made in my “old transcription” style, which means, almost no “original parts”, mostly faithful to the original TV-size ending, and – most important of all – not too difficult to play.

It’s not much, but well… I’ve done what I could. 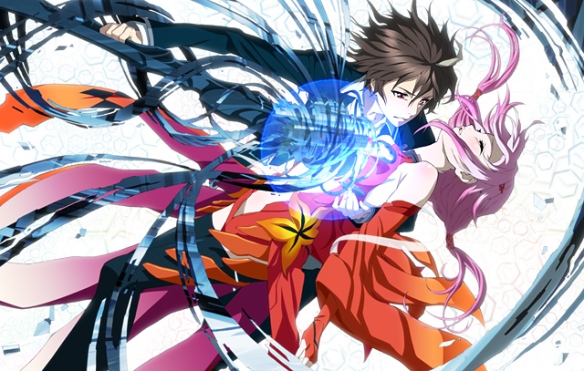 To come straight to the point: The last week was for me a nightmare.

You want to know why? The whole story began with a simple and insignificant comment on youtube:

I thought -sure, why not?- and began working on the opening “My Dearest”. I advanced very quickly and already finished the main melody and harmonics in only a few hours.

But then more and more people are demanding me writing the transcription, so I thought: okay, so I’m totally going to make the best-piano-cover-ever-even-more epic-than-my-previous-one and began to add details and my usual original parts in the transcription.

One day, two days, three days passed and I realized I still haven’t even finished 50 % of the sheet!

It was the same story as the Angel beats transcription fiasko. I couldn’t finish it either because of the pressure. The higher the anticipation, the greater the stress.

I admit: there is a sort of competition on youtube: Who is going to make the best transcription, who is getting more views, who is the first uploading a piano cover.

So I really didn’t want to lose this “competition” (silly me). But then more and more piano covers appeared and I thought to myself: I must be an idiot for getting mad about something like this. (I know, I know, history repeats himself)

…which ultimately lead to the second ragequit.

The story should normally end here but then –

– TehIshter came and saved me from this dilemma:

Thank god, he appeared! Since Tehishter is also one of my favorite anime music transcriber I believe the transcription is in good hands (also I am really curious about the Animenz-influenced transcription)

After this I felt relieved and I decided to stay away from transcribing for a while.

But then, since I am not obliged anymore to finish the transcription of “My dearest” , my mind is finally free from all those stress and suddenly, my creativity kicked in with full force.

I wanted to transcribe something else and I decided to make a sheet for the awesome insert song which played at the very beginning of Guilty Crown ep 1.

Originally, it was only one page long with the main melody and some easy accompaniment on the left hand, but my ideas kept coming and eventually it ended up just as it is now, six pages long.

I am not lying to you: I have finished this sheet in only one night (roughly seven hours) and afterwards, I only edited some minor things. Probably my brain was cheering: Freedom! Finally I can work on something others than the §%&§ Guilty Crown opening!” and the rest ist history.

If you have already listened the transcription, you’ll notice it has a rather melancholic and sad atmosphere and it’s getting very emotional towards the end. I guess I have collected all of my experience and stress of the last few weeks and make them to music.

TL;DR Trying too hard is bad for your health.

Oh yeah, since stupid wordpress is disabling mediafire direct links (seriously, why are you doing this) I’ll give you instead the tinyurl links, which leads to mediafire. 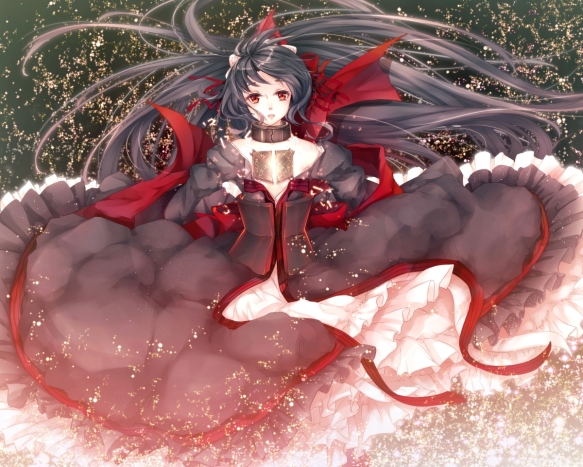 When I heard the theme for the first time, it send a chill down my spine and I was loss for words.

I mean, just listen to it.

I just love this. And I am still loss for words.

Just, grab the sheet and enjoy it.

Some of you may ask yourself by now: “Wait, what? Speedtranscribing?”

That’s right, just the same with speedsubs, but with notes.

It all began when I came back from my trip to Berlin on Wednesday.

I have missed the last flight to Stuttgart because I came too late for the check in (there were still 30 minutes left but the counter said, it was already too late…) and then I was stuck in the Airport for roughly 5 hours before the next plane to Stuttgart take off. In the little of the night.

Luckily, I had brought my laptop and my headphones and there was also a cafe which had a WLAN hotspot!

I convenientely have the notation software already installed on my laptop, so I thought in the next few hours I could actually transcribe something. It spring to my mind, that I should just visit Ichigos.com and ask on the forum for something to transcribe. (see here for my post)

Unfortunately, nobody answered and I just decided to transcribe the Steins;Gate ED (it also requested in a another thread) 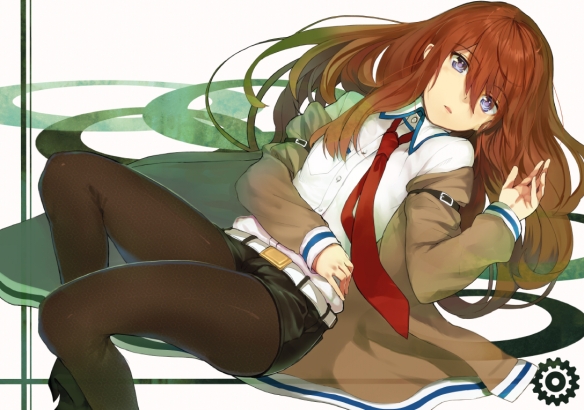 I could finish it only after four hours because it’s really hard to transcribe if you don’t have a piano for reference. I only used my imagination how it would sound on the piano.

I wasn’t really sure if it would turn out well, since I practically blindly transcribed something without testing it out on the piano before like i usually do. (of course there were a playback function, but you can’t compare the sound of a midi with the sound of a real piano. Things which sounds “cool” on midi could sound ugly on the piano and vice versa)

Finally back at home, the first thing I had in mind was sleep and after sleeping for nearly 12 hours, I went to the piano and tried out my Speedtranscription. I was a bit surprised because it turned out better than I expected. Not really ground-breaking but still playable.

I only edited some minor details before I video tape. Maybe you notice the small changes between this version here and the version I posted on Ichigos.

I asked myself why I didn’t transcribed this earlier, since Steins;Gate is currently one of my favorite series and the ED is….

… someone give this man a medal. 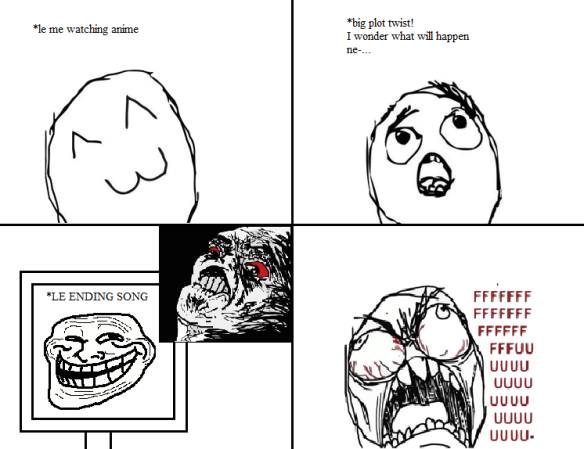 pretty much my reaction (pic provided by YingYo360)

(the title is ridiculous long and nearly impossible to remember…) 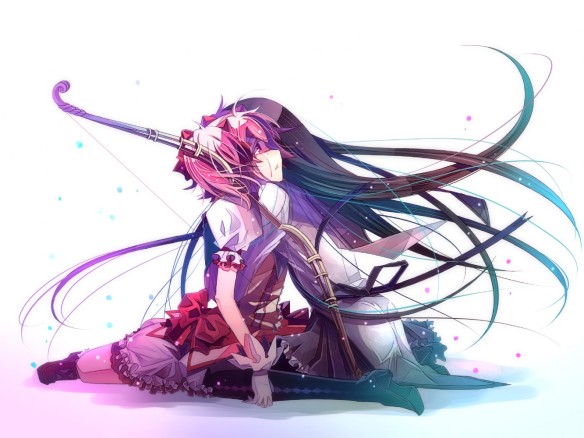 In several aspects a special transcription because:

1. It’s neither an opening nor ending

3. It’s the first transcription where I didn’t have the raw soundtrack file, but I transcripted it while watching episode 8. (between and 15:45 and 17:45 to be exact)

You probably heard this particular piece of music a few times in the previous episodes  before.

Yuki Kajiura, the composer of the soundtrack is really amazing. Every piece she has composed contains a certain “Kajiura-tune”, it gives you the ambience of something magical, mysterious, ethereal, a melody with an incredible beauty and a distinctive sound, and and and….

In short: I really really love her music. And you should love it too.

Some words about the actual transcription: Sorry folks, I really tried, but it turned out pretty difficult once again.