Sorry folks, for not updating the last weekend. I was having a cold and have to stay in bed.

But now I recovered and I will update every weekend again.

Ah, ARIA…. you never ceases to amaze me

Well, since I was sick I haven’t completed anything, so I’ll just upload a sheet, which have been finished a long time ago but  haven’t been published yet. I have a “draft folder” which mostly consists of incomplete transcriptions but some of them are almost up to 90 percent finished,  I only  have to put the finishing touches on the sheets.

A word or two about the sheet: It’s the transcription of AQUA, a soundtrack of ARIA. On Josh’s sheet library you can find a lot of ARIA music sheets but I wonder why nobody ever transcribed this particular piece. I think  it was one of the most memorable pieces in ARIA. Oh yes, and I just began rewatching ARIA again and it’s still as good as  it ever was.

On a side note:

I can’t really decide which OP or ED of this anime season I should transcribe: I’m currently working on Star Driver OP, but I’m not sure what I should doing next. Feel free to propose something.

(Series who are not listed here are out of the question)

… but now I’ve finally found the time to post something.

Some of you may ask why I didn’t post anything  for such a long time.

Anime became boring and is no fun anymore…

It’s because I’ve completely lost interest in Anime in the past five months.

I don’t know why but suddenly, everytime when I start watching Anime, I became bored and I have a feeling of wasting my time and not achieving anything. I’d rather play some computer games like Starcraft 2  or go out with my friends instead of spending time watching anime.

That’s because the spring Anime season was really weak. I’ve dropped everything I had began watching:

I’ve tried Occuld Academy but I didn’t find it really interesting and dropped it already after 2 episodes.

Ookami san and her seven compagnions was… mediocre at its best. It wasn’t anything special. It’s just another  standard tsundere romance comedy show with a little drama. Completely forgettable.

Mitsudomoe was in the beginning funny but it became repetitive and boring.

I gave up on K-ON!! because it just don’t work for me. I really don’t feel the need watching it. Dropped.

In conclusion, there was nothing to watch. And after a month, when I still don’t miss anime at all, I thought I should just quit Anime.

And that’s how today, when I’ve been organizing my computer files, I’ve seen this:

I’ve completely forgot, there was still a Shanakugan no Shana OVA!

Suddenly I felt how I missed this series and I decided to give it a try, since I have nothing to do today.

After finishing the first episode I just had one thought: It was good. It was very good, no, it was awesome!

I felt satisfaction and got excited. And I wanted more. I’ve downloaded all 4 episodes of the OVA and indeed, it was the best thing I’ve watched for a long time.

Anime is suddenly fun! And since the fall season have already started, there will be likely some series which could be interesting for me! Now I’m downloading all the new shows of this season and I can’t wait to watch it.

Which also means, you can expect me uploading more transcriptions as from today.

Anyway, when I finished the Shana OVA, I immediately went to the piano and transcribed the ED only within two hours.

It has been a long time since my last update, but I have to announce something important to everyone.

But first of all, here is the transcription:

(Actually the transcription was done about a few weeks ago, but I just couldn’t find the time to upload it. )

LOLOLOLOL I was too late

Another transcriber just finished a transcription of the Angel beats OP My soul your beats.

Oh well screw it, I was just on the brink of finishing it. Well, since his transcription is fine (really, I can’t complain) I will not upload my transciption (which is 90% finished)

If you have problems to decipher the moonrune (japanese), I have added a tutorial on the right

Fun fact: I have transcripted the begining in a similar fashion.

And yes, I am butthurt. Brb rewatching Aria… 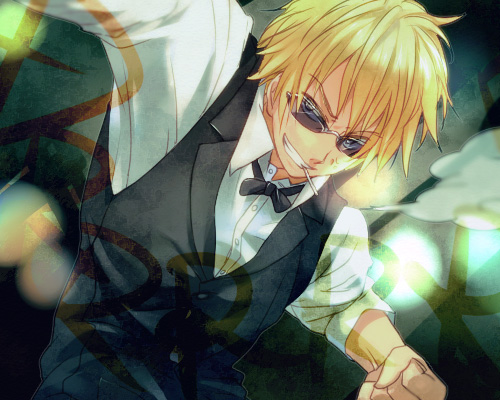 First of all: Thank you very much for your kind words for my terrible misfortune with my HDD.

I’ve never thought that I have already gathered such a great readership, and because of you I will continue to provide you with the fastest, most accurate and best anime music transcriptions possible. I was thinking for a long time which anime music I should transcibe next and suddenly I remembered to finish the transcription of the ED of Durarara. I’ve already made the draft for the transcription when the first episode has been aired, but unfortunately it is lost now. Nevertheless I’ve found some time and inspiration (an important factor) and I just completed the transciption.

But before we start I have to make an announcement:

– I’ll only update my blog in the weekend because I’m still in the school and busy at the moment. I have only some spare  time  in the weekends. (you know, it’s not easy to transcibe something and actually write it down.)

-Due to this, I can only handle max. 2 transcriptions in a week. So if there are more requests, I’ll put it on the on-hold list.

– The ongoing requests… yeah sorry. I’ve actually accomplished 5 of the requests but they are all gone now -___- so it’s time for a restart. I’m going to delete all the old posts in the “request” section, but don’t worry, it doesn’t mean, I’ll never accept requests again. I want to filter the older requests, which nobody (probably) cares anymore. It’s no offense, I just want to make a new beginning. If you still demand for your request, you can repost it of course.

– Finally I’ve made some changes in the “Request” section. Wouldn’t mind if you read it 🙂

Okay now back to the actual content of the post: The transcription of the Durarara ED “Trust me” by Matsushita Yuya.

To begin with: Hands down for the best ED of one of the best Anime in this season. This ED was for me an instant hit, I put this ED in the list of my 10 favorite ED’s after I have listened it for the first time. I don’t know why but this ED sounds a lot like “western pop music”. And I listen regulary (besides J-Pop and classic) western pop. Damn this piece is stuck in my head, I’m listening this piece the whole time, it’s just too awesome, I love it.

I have to admit, this transcription is so far one of the most difficult transcriptions I’ve ever made. Due to the “bass” line you have to jump quite some gaps with your left hand. But there are some easy passages too.

As always there is an easier version available. (please just don’t ignore it, give it a try, it sounds really nice too. And it’s playable for the most of you )

Anyway, I tried to transcribe this as easy as possible, but it still sounds pretty good on the piano.